SEPT 20 — Yesterday, we reported that TM has quietly revised its new 500Mbps Unifi Fibre broadband plan with 50% reduced upload speed. The plan was introduced on 24th August with 200Mbps upload, however, we were alerted by one of our readers that the plan was actually offering 100Mbps upload instead.

TM has reached out to us and below is their official statement:

We refer to your article titled ‘PSA: TM reduces upload speed for 500Mbps unifi plan by 50%’ on 18 September 2020 highlighting the change of upload speed of unifi’s 500Mbps package.

Telekom Malaysia Berhad wishes to clarify that there has been no change to the upload speed configuration for its existing unifi 500Mbps package.

We wish to inform that a correction was made to an error in the upload speed for its 500Mbps package stated in the Frequently Asked Questions (FAQs), unifi Portal and leaflets on 2 September 2020. The correct upload speed configuration for its 500Mbps is 100Mbps instead of 200Mbps stated in the earlier version of the FAQs, unifi Portal and leaflets.

We would like to apologise for any inconvenience caused and assure our customers that all of our channels, including our website and marketing materials have been updated to reflect the correct information.

For any queries please reach out to our customer service representatives at our call centre 100, TMpoints nationwide or virtual agents via myunifi app.

According to TM, the mention of the 200Mbps upload speed for the 500Mbps Unifi plan on their various communication channels was a “mistake” and there has been “no change” to the upload configuration for the package which is supposed to be 100Mbps. In their statement, TM has also admitted that they have corrected the error on the 2nd September 2020.

The “mistake” has undoubtedly misled consumers into thinking that they are offering 200Mbps upload for the 500Mbps plan. This is considered false advertising as consumers are not getting exactly what was advertised on their website, leaflets and FAQ.

Our reader Wang Mat is one of the affected customers as he thought he had gotten a good deal since Maxis’s 500Mbps only offered 100Mbps for upload. TM’s 500Mbps Unifi plan costs RM249/month while Maxis charges RM219/month for a similar 500Mbps broadband offering. Since both Unifi and Maxis are offering the same upload speed, Maxis would have been a more worthwhile option. 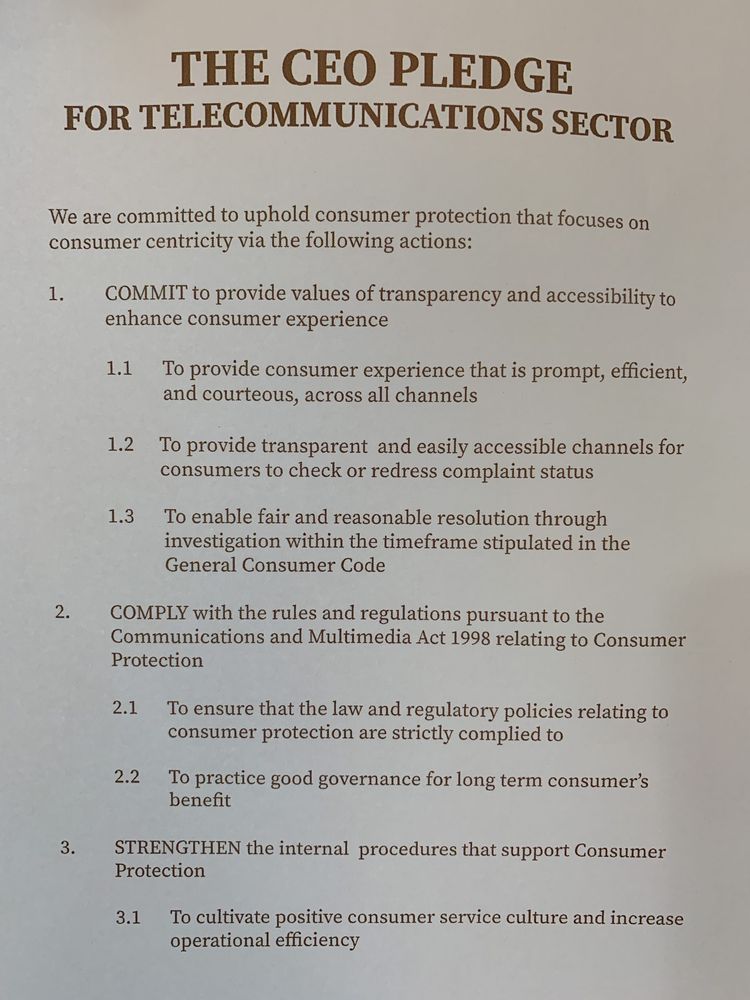 This misleading experience goes against the General Consumer Code which TM has pledged to uphold. Telcos must be transparent when it comes to telco advertising, and this means all terms, conditions and contracts must be communicated clearly to ensure consumers’ rights are protected.

No attempts to clarify until being called out

What’s baffling is that TM knew there was a glaring mistake but they didn’t try to inform the public and the media about it. After the new faster Unifi plans were introduced, various media outlets including Lowyat, TheStar and us included have reported the 200Mbps upload speed as illustrated above.

This isn’t just a minor typo in the FAQ as it was also mentioned on their product page, where consumers refer to when they make their decision. It is worth highlighting that the mistake was only corrected 8 days after the plan was introduced. This is a very long time to spot an error on their own website and I’m pretty sure they would have acted quicker if they put a low subscription fee by mistake. 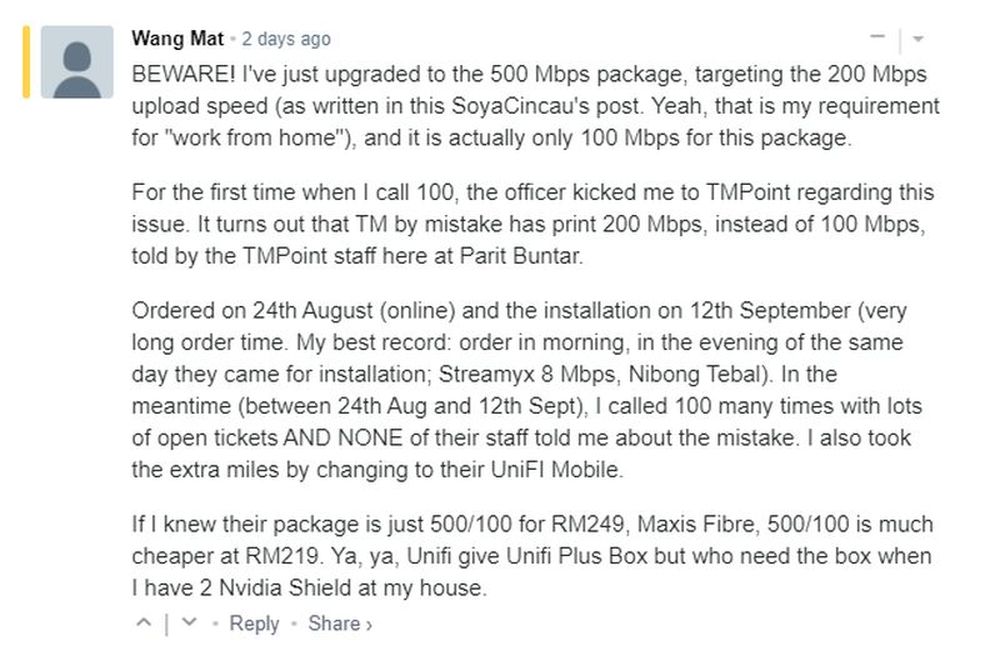 Wang Mat claimed to have contacted TM’s 100 hotline several times between 24th August to 12th September but none of the representatives have informed him about the “mistake”. He only found out through a staff at TMPoint at Parit Buntar.

So what happens to existing customers?

This fiasco puts consumers on the losing end especially when fibre broadband plans are tied to a 24-month contract. We have reached out to TM to find out what options are available to consumers especially those that have subscribed to the plan before the “mistake” was officially admitted.

Consumers shouldn’t bear the burden of TM’s mistake. The very least the broadband provider could do is to allow affected 500Mbps customers to cancel without penalty or simply provide them with 200Mbps upload as initially advertised.

Why is TM being restrictive when it comes to upload speed?

In this day and age, it is surprising that TM appears to be stingy when it comes to upload speeds. Naturally, most users would perform more downloads than uploads, so it wouldn’t hurt to offer more headroom for uploads when it is required. Having faster uploads would greatly benefit cloud backups and video streaming. It would also help creators especially when it comes to uploading high definition videos.

According to TM’s current FAQ, 90% of users would utilise less than 5Mbps upload speed. If that’s the case, why not just offer higher uploads since users would hardly hit the limit anyway? At the moment, Unifi’s 500Mbps plan is already more expensive than Maxis, and TM would have a slight an advantage if they offered double upload speed for the plan. — soyacincau