KUALA LUMPUR, Dec 17 — The recently concluded 12.12 online sale is one of the biggest of the year.

If you’re wondering which smartphone brand was the most popular, both Lazada and Shopee have revealed their top 5 list for both Malaysia and Southeast Asia.

For the Malaysian market, Xiaomi is listed as the top seller for both eCommerce platforms.

According to Xiaomi, they had sold a combined total of over 46,000 smartphones in a single day in Malaysia.

The Poco M3 which was offered for as low as RM499 was their best selling phone with over 25,000 units sold on Lazada alone. 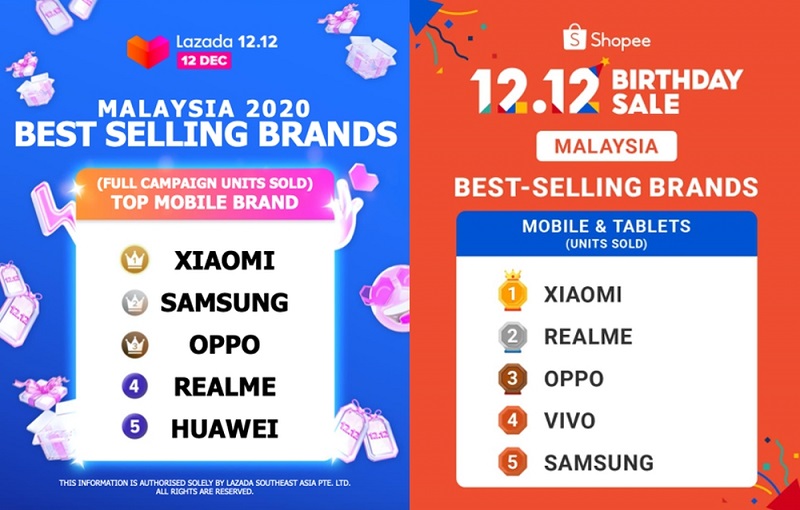 On Shopee Malaysia, Realme takes the #2 spot, followed by Oppo, Vivo and Samsung.

For the Southeast Asian region, Xiaomi also takes the #1 spot overall for both Lazada and Shopee, while Samsung is #2 for both platforms.

On Lazada, Infinix is ranked #3, followed by Realme and Oppo.

Meanwhile on Shopee, Realme is the 3rd best selling brand followed by Oppo and Vivo.

According to IDC’s Q3 2020 numbers, Xiaomi is currently the #3 smartphone brand and they have overtaken Apple with a shipment of 46.5 million units in the last quarter.

They currently command a market share of 13.1 per cent, which is just right behind Huawei at 14.7 per cent and Samsung at 22.7 per cent.

If you’re looking to buy a smartphone priced under RM1,000, you can check out our top five list here. Need gifting ideas for Christmas? We got a Christmas gadget gift guide for that as well. — SoyaCincau

Klopp: We must change the way we play to build confidence | Sports

Singapore man gets jail, caning for molesting girlfriend’s sleeping mother, asking her to have sex | Singapore