According to the change log, iOS 14.4.41 patches a vulnerability in WebKit, which is the browser engine that powers Safari and third-party browsers on iOS. The update is available now for iPhone 6s and later, iPad 2 and later, iPad mini 4 and later and iPod Touch (7th gen). 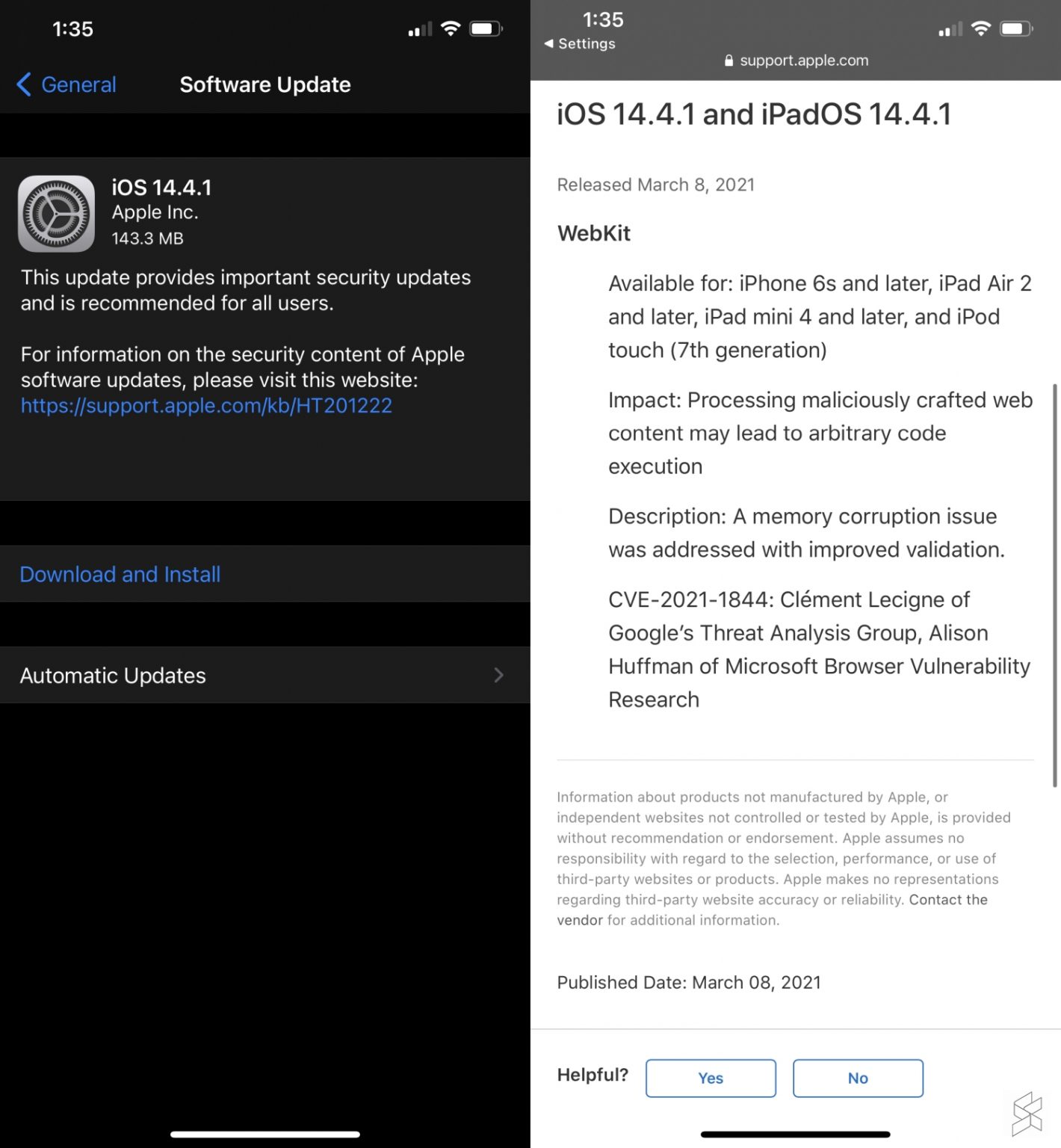 As shown above, the WebKit vulnerability may allow processing of malicious crafted web content which may lead to arbitrary code execution. According to the description, this could cause a memory corruption issue and it’s addressed with improved validation.

To update your device, just go to Settings > General > Software Update. The iOS 14.4 update is about 150MB in size. The upcoming iOS 14.5 which will bring some major enhancements is still currently in Beta.

One of the major improvements is the ability to unlock your iPhone with an Apple Watch. This makes it convenient to unlock while wearing a face mask. ― SoyaCincau