KUALA LUMPUR, March 9 ― AirAsia has introduced a new real-time chat feature within its app which aims to make it easier for customers to chat with other super app users and to connect with like-minded communities. It is available now on the current app which can be downloaded on the Apple App store, Google Play Store and Huawei AppGallery. The app has a dedicated “Chat” tab on the bottom of the screen. By default, you can join communities which are essentially chatrooms that you can join. If you’re catching your next flight, you are also able to chat with other fellow passengers even on ground for AirAsia WiFi-enabled flights.

On top of that, there are also channels which works like Telegram’s broadcasting tool. From this section, you can stay up to date with AirAsia group’s latest offering including BigPay, AirAsia Food, AirAsia Shop, Unlimited Pass and WiFi. 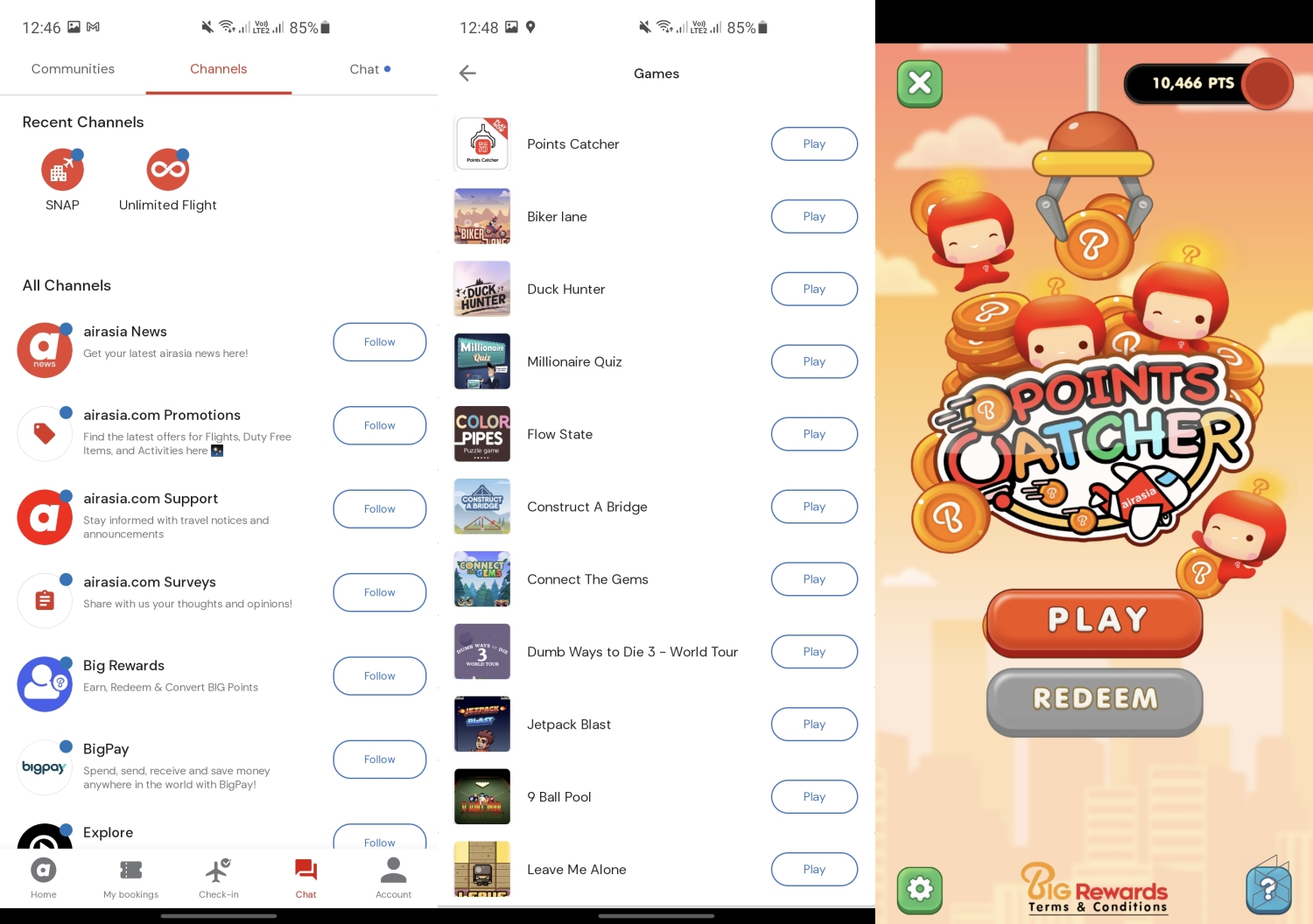 AirAsia has also added a games section where you can stand a chance to collect Big points when you play Points Catcher. The points accumulated can be spent within the AirAsia super app.

Sumit Ramchandani, CEO of AirAsia Media Group said “the super app is now also more than just an ordering platform, but a space to let everyone connect with each other, join communities among like-minded travellers and foster social-based commerce ― leading to the introduction of the airasia chat function in the app.”

“The airasia chat function in the app, which is part of the AirAsia Media Group was created to leverage on the strength of the super app, and we are confident that it will continue to increase user engagement through the various open chat rooms and encourage app stickiness. From a user perspective, they will be able to get the big picture of everything across the airasia ecosystem through this function”, he added. ― SoyaCincau

Life’s a meme: After the Apple keynote, Tim Cook becomes a meme on Twitter (VIDEO) | Tech/Gadgets

iOS 14.5 with major privacy updates and new features is rolling out next week | Tech/Gadgets